All about Traditional Indian Dance—KATHAKALI

Hey folks this is sesha your new borsig11 member.OK so this is my first post and I believe I would get a lot of motivation from you to help me improve my writing skills and interests.Some posts of me would have a very few target audience but does not matter,I reckon there are some people who may scroll through my posts atleast in U44,U43 or Deutsche Bahn from Hbf to University :).

Kathakali is a kind of folk dance which makes people to have different cosmetics applied on their body and especially face and it will change the appearance of their face..Having its base from the Hindu Mythology and considering the aggregate of past events this dance goes back to seventeenth century and basically got originated from a malayalam skit called Ramanattam.It is a cocktail in dance which will have various different branches of a culture integrated as a single luring stone for the audience and clearly explicate different mixtures of mythology,untold stories,literature.So now I assume some of the readers’s cerebellar nerves would have got more interested what is this all about!!!ok lets see what it is -I will try to take my readers to the land of kathakali but forgive me if you are still in your chair 🙂

The artists who perform this art has to wear different costumes which suit their role in the stories they are going to act,It could be a very angry or a mild or a soft make up depending on their role.Expressions,Dance,Enactment,Song,Instrument and these form the integral part of the dance and each kathakali dance has a myth behind it ..There are totally 101 stories and all of those are very popular hindu myth like Nalacharitham which is from the famous Mahabharata and there are also some other very famous stories of gods where people perform as the great Maha Vishnu,Kali Goddess and some other well known female and make characters like Duriyodana,Damayanthi.

This art is still very popular all over the world and the artists get chance to perform even in different countries which have a high demand for an highly innovative art like this.Recently as a move to further increase the favor by general public and out of pure curiosity some of the other cultures and mythologies like Mary Magdalene from Bible ,Homer’s Iliad and other english shortplays are also adapted into kathakali scripts and on to its stage. 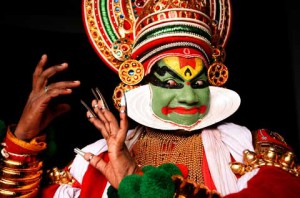 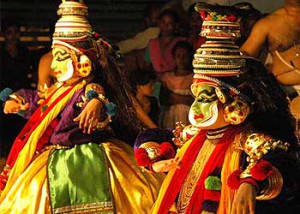 A Kathakali artist should have a great stamina to continue his acting for a very long time(usually some plays are like 3 -4 hours long like for example Mahabaratha).Kathakali dance performance also involves a high degree of precision and style. The audience can easily see this by the way the acting, presentation, make-up and costuming happens.When watching the kathakali dance one has to note the following four different types:

*Angika- actions related to Body or one of the appendages used for locomotions
*Vachika- relating to voice presentation including proper pronounciation
*Satvika- portrayal of sensitive things beyond the natural range of perception.
*Ahraya- costume, make up, stage props etc.
In Kathakali, the story is enacted purely by the movements of the hands (called mudras or hand gestures) and by facial expressions (rasas) and bodily movements.

There are lot of other things involved in kathakali this is just a short post I could give from what I extracted out.Do give your honest comments 🙂 hopefully a good one 🙂

Stay tuned for other posts

This is sesha signing off for now … 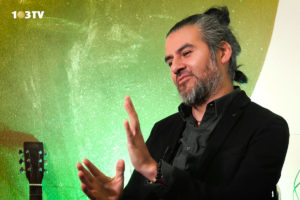 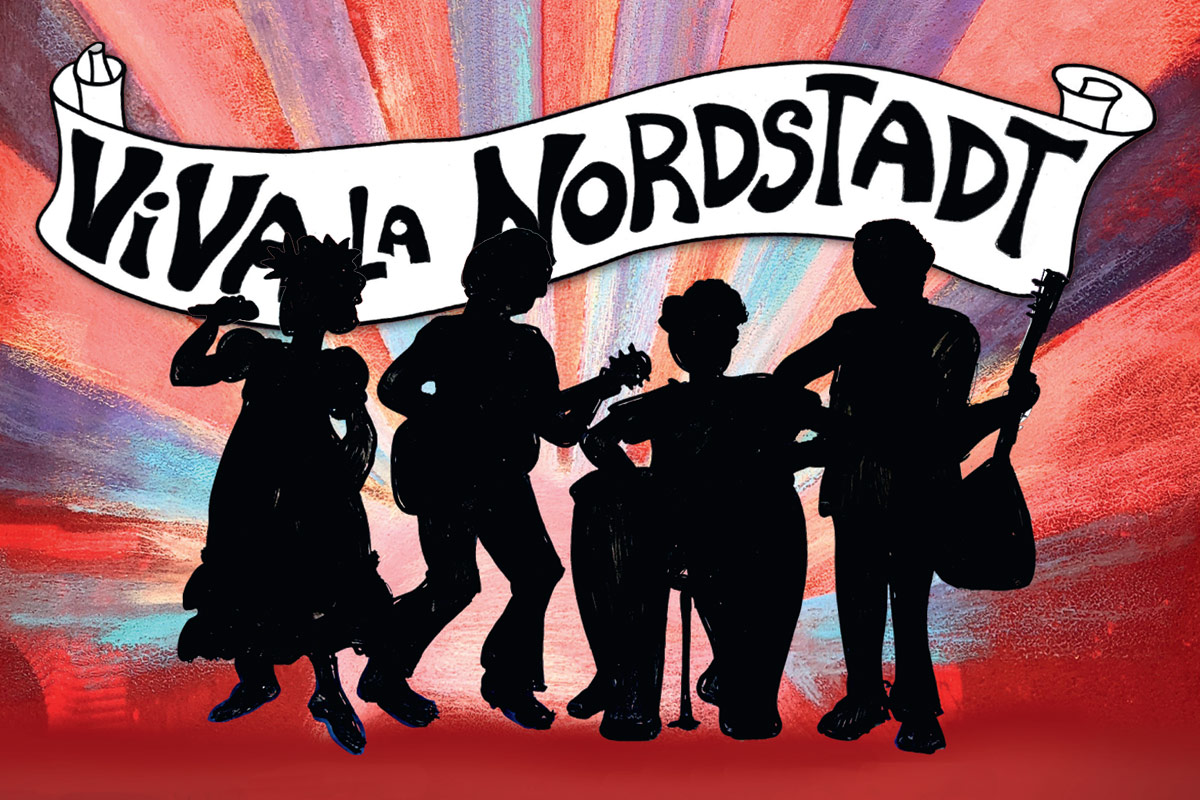